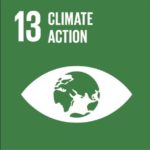 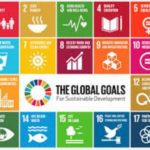 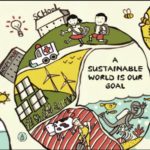 “Climate action” sounds like a vague term. But it basically means doing your part to keep the planet clean and healthy. Ok, still not clear?

Channel your inner hippy for a moment…

It means doing EVERYTHING possible to get clean air and water, protecting the environment now and in the future. AND cleaning up after all those little things like AquaNet from the 80s, toxic spills, burning fossil fuels, etc., that caused climate change. Even if it wasn’t your mess, it’s time to clean it up and change human behaviour.

What can you do?

It’s not just a fun combination of words. Do it! That’s all part of how you take climate action.

That veggie burger is not as bad as you think. Try it!  You won’t turn into a raw gluten-free chickpea, kale, beet juice, chia seed diet friend.  Although, it’s not a bad idea.

If everyone went vegan it would drastically water usage by 2270L per person each year. Not to mention reduce carbon emissions.

Even taking small steps by cutting back on meat consumption makes a big difference! Eating less meat is one of the most effective ways to combat climate change.

Can it be done?

But, education is still going to be part of climate action so that every person on the planet is aware of what climate change is and what needs to be done to achieve quality air, water and land across the planet.

This is one of the most plausible goals because it’s all about taking ACTION to improve the current state of the earth’s climate.

It’s doing the things you already know help make the world cleaner. And some of those are small things like recycling plastic bottles, not buying products with packaging you don’t want to see in a landfill or end up in the ocean.

Divesting in corporations that support and use fossil fuels is the first step in rearranging your finances. Invest in clean renewable energy. Getting countries to commit to reducing carbon emissions on a global scale.

It’s already happening, too. Green investments are on the rise.

But now everyone needs to take part in reducing carbon emissions.

Who are the leaders?

Sweden, and Norway. Plus, Costa Rica? These three countries are the top performers in going green. But other countries don’t have to get “green” with envy. They can learn from countries like Sweden.

Sweden actually imports rubbish from other countries to turn into renewable energy. And only one percent of rubbish produced by Swedes ends up in landfills, plus about three out of four Swedes say they recycle.

Remember the Kyoto Protocol? Countries that committed to reducing carbon emissions by 5 percent of 1990 levels actually reduced emissions by 22.6 percent between 1997 and 2012.

China commits to peak carbon emissions and increase use of non-fossil fuels as a primary energy source by 20 percent both by 2030.

What tactics will be used to accomplish this goal?

Stop deforestation. That way trees and other vegetation can do their job and absorb CO2 so it’s not released into the atmosphere and contributes to the greenhouse effect.

Switch to clean energy. Solar power, wind power, energy that doesn’t spew out carbon (or as much of it.) This is going to be expensive but technology is here and getting more efficient.

Commit to cutting carbon emissions. This is one of the biggest ways climate action is going to happen. And it will happen!

196 countries met at the UN Climate Change Conference in Paris, December 2016 to globally agree on goals for cutting carbon emissions.

Financing green energy for poor countries is needed to combat climate change on a global scale. Seriously investing in green energy and then taking action to use that clean renewable energy has to happen.

The world needs to stop relying on energy that releases greenhouse gases and pollutes air.

Why does Goal 13 matter?

It’s the planet!  Without taking action against climate change the quality of human life in every way declines.

But by taking climate action we can prevent and fix this.

Ocean temperatures are predicted to rise by 5 degrees Celsius unless carbon emission outputs change. This high of an increase in ocean temperatures would be detrimental for coral reefs and other marine species.

As the world’s population increases we will have to work harder to take climate action.

Starting NOW will ensure a clean green planet in the near future.

Written by Meghan Werft and edited by Marilyn Snider

Meghan is an Editorial Coordinator at Global Citizen. After studying International Political Economy at the University of Puget Sound she hopped coasts to New York. She is a firm believer that education and awareness on global issues has the power to create a more sustainable, equal world where poverty does not exist.

Marilyn is an Australia global educator. She believes that for a world-class education system there is an urgent call for schools to produce students that know about the world–its cultures, languages and how its economic, environmental and social systems work. Above all she is an advocate for education for sustainable development.