Resistance art is a form of art that emerged in South Africa in the mid-1970s after the Soweto uprising that focused on resisting apartheid and celebrating African strength and unity. Today Protest or Resistance art has become a broad term that refers to creative works that concern or are produced by activists and social movements. It is a form of non violent, creative expression used against many issues. There are also contemporary and historical works and currents of thought that can be characterized in this way.

Visual arts develop critical and creative thinking, can be used as social and cultural practice, can communicate ideas and for the expression of views and beliefs. (Victorian Curriculum)

Learners and educators can join in an exploration at Resistance Art: a UNESCO Human Rights Exploration

Have your classroom celebrate International Day of Human Rights through a series of stimulating and interactive activities. This video-conference will explore how the visual arts can be used as a tool to bring awareness to social issues, conflicts and oppression.

This conference will be focusing on SDG #16: Promote peaceful and inclusive societies for sustainable development, provide access to justice for all and build effective, accountable and inclusive institutions at all levels

The recent call for hunkering down, closing borders, keeping out the other is contrary to the global citizen’s position on collaboration, understanding the other and how to disagree with another person’s view. In a world of over 7 billion people the requirement to establish a harmonious and workable relationship with the other at a time of extreme stress on world resources is paramount to well being, productivity, and even survival. From a global perspective this is about interconnection, interpersonal and intrapersonal skills, empathy, the value of diversity and peaceful outcomes to conflicting ideas.

END_OF_DOCUMENT_TOKEN_TO_BE_REPLACED

The Budgie nine are free to think about their behaviour whilst in Malaysia.

issued an apology when they appeared in a Malaysian court, saying they had “no idea” their conduct would be considered inappropriate.

Upon return a spokesperson, one of the nine urged Australians to be sensitive to the cultures of other countries and then asked for privacy. I see the funny side-men who want to strip down to their underwear in public now wanting privacy.

It’s hard to believe that nine, not two or three grown men, some at least with tertiary education and including a staffer of Australian Defence Industry Minister, Christopher Pyne, should agree to such behaviour in a country with a majority of people of Muslim faith.  Or didn’t they know that fact.

Lesson here?  How do we avoid the diplomatic time, money and embarrassment when Aussies still commit ‘I didn’t know that we would be offending them” behaviour?

Sadly, the answer leaves us pondering when will the Australian Government next have to apologise for or bail out Aussies arraigned with indecency charges through lack of cultural education, lack of judgment or both? 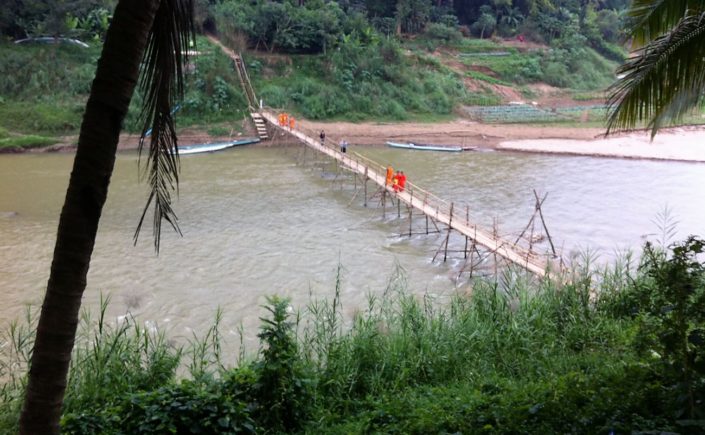 I’ve been hearing rumblings about voluntourism.  You know, when people go on an adventure to a destination in a developing country and offer to help the locals.

Often with the best intentions, school groups, adult groups and individuals make their way to assist organisations in places like Cambodia, Vietnam and Thailand with under researched information and unintended negative consequences.  Not realising the impact of their generosity, children in care can be left vulnerable or at worst, and through easy access, exploited.

The words of Jim Wakelam from Commission for Missions, say more than I can write. Please take a look at his piece which appeared in Crosslight earlier this year. After being asked to present at the Victorian Community Language Schools conference I sat down and my inner voice said, “On what? What do you have to say to the wonderfully tireless workers who deliver their language to community members?”

My daughter once said to me, “Cambodia is about the people” and I know now what she means.
With a genocide in the collective living memory of a people, Cambodians have a remarkable outlook.  Forgiveness can be explained by this definition illustrated in a well-known Tibetan Buddhist story about two monks who encounter each other some years after being released from prison where they had been tortured by their captors. “Have you forgiven them?” asks the first. “I will never forgive them! Never!” replies the second. “Well, I guess they still have you in prison, don’t they?” the first says.
In Cambodia there are families who live on less than $1 a day, who live from meal to meal. There are families who grow some rice and during productive seasons, will have enough rice to eat without surplus to trade for money or goods. The Government offers free medical assistance to the poorest families and a discount of 50%  to those who have a little rice.
I met a man from the village of Peak Sneng, who had been shot in the spine during the Khmer Rouge slaughter. The stillness of the night and the gentle breeze under the trees were the backdrop to his story.  He spent three years in hospital undergoing operations to save his life. He later married, had three children and then looked after a fourth child when his daughter became pregnant after a rape attack. His wife left him and went to Thailand. He now looks after three of those chn, one of whom has cerebral palsy. His oldest boy is at Siem Reap at University. Through the love of sport he has become skilled at soccer. Although confined to a wheelchair, in part held together by some rope, has represented his country in a number of overseas competitions. and is the sport teacher at the local junior high school, which by the way, has no soccer field.  We took some soccer balls to the school- a request that came directly from this gentleman.

It wasn’t easy to explain my visit to Cambodia and Laos, in fact I found it tricky to know exactly what I’d be involved with. I wasn’t disappointed in the opportunities to support those with less opportunity in life than I have.  I am truly blessed. Thank you Robyn and Uniting Journeys.

Once upon a time, some years back, I travelled with a slightly cynical perspective. I’d observe and retell, often in humourous guise, the societal and cultural differences I noticed with a view that my ‘world’ was the marker by which everything I saw was measured.
Call it ageing, maturity or just eating humble pie, we in the west have a lot to learn from other cultures and people. My visit to Cambodia and Laos, and in particular, to a village about 30 kms out of Siem Reap, has given me plenty to think about.

I came home with so much more than I took-no not luggage, but learning.  I’ve written entries and will publish them every few days. Watch out for my entries and feel free to comment.

It has been m

ore than a year since Liberia, a deeply religious country, embraced one of its biggest taboos, cremating bodies-to rein in the rampaging Ebola pandemic. Thirty young men have been shunned by their community.

Find out more about burial practice, culture and Ebola with some discussion and critical thinking to explore at http://bit.ly/1IYEakQ

With all due respect to the dancing dolls in Anaheim, it really isn’t a small world.  It is a complex, multifaceted, diverse, and complicated world. END_OF_DOCUMENT_TOKEN_TO_BE_REPLACED

The advantage of bringing global perspectives to history, geography, civics and citizenship, humanities, art, drama, physical education, social education, philosophy, literacy-in fact, to all learning areas not defined is being noticed by increasing numbers of educators. So what dispositions are being developed? END_OF_DOCUMENT_TOKEN_TO_BE_REPLACED